How to Increase the Reproducibility, Robustness & Flexibility of Your qPCR Assays

Quantitative Polymerase Chain Reaction (qPCR) is a molecular biology technique used in research and diagnostics to detect relative quantities of specific DNA and, indirectly, RNA sequences. It is employed in bioprocess and research assay verification, diagnostic tests, and more.

The Synthace platform can be used to leverage the power of lab automation for seamless design, modification, and execution of sophisticated qPCR experiments, thereby maximizing their efficiency.

Manual qPCR is a Highly Sensitive yet Error-Prone Technique

qPCR is a highly precise, specific, and sensitive assay, designed to detect minute quantities of nucleic acids. However, it is also repetitive and error-prone when executed manually.

Firstly, there is a high risk of cross-contamination between samples, which can lead to false positive or false negative results. These can also result from inadequate sample tracking and data recording. Secondly, there is potential for inter-sample variability, which creates problems with data reproducibility, making interpretation of results difficult. Ultimately, every error makes the sophisticated assay more complex and unreliable.

Why are Scientists Reluctant to Adopt Automated qPCR in Their Labs?

Lab automation ensures liquid handling precision, simplifies complex reaction composition, and increases reproducibility. In the case of qPCR, it reduces the risk of cross-contamination and avoids variability between replicate samples.

However, it comes with a steep learning curve as most software used to operate automation devices is not intuitive to biologists. Generally, programming a liquid handling robot for qPCR or other sophisticated assays requires a lot of time, resources, and advanced coding skills.

The inherent lack of flexibility in lab automation further increases the barrier to its wider use. Any changes in experimental execution steps, reagents, or physical liquid handling require users to entirely reprogram most automation protocols. Ultimately, protocol exchangeability between teams, labs, and even different liquid handling robots is extremely limited.

Overall, this can discourage biologists from adopting an automated approach to qPCR assays in their labs.

How Does the Synthace Platform Leverage the Power of Automation to Maximise Efficiency of qPCR Assays?

Our software platform was designed by biologists with the aforementioned problems in mind. Its user-friendly drag-and-drop interface enables scientists to easily design sophisticated qPCR workflows and simulate them in silico before executing them on selected automation hardware. As such, using the Synthace platform effectively requires no programming knowledge.

By simulating the workflow, it checks for not only experimental parameter logic and connection, but also for device-specific mechanistic and liquid handling constraints. By detecting possible experimental errors in silico and prompting the user to redefine parameters, the Synthace platform effectively eliminates the need for trial-and-error runs, saving valuable time and resources.

All protocols built in it are flexible and easily modifiable based on experimental conditions and available reagents. They are also robust and device-agnostic: the same protocol can be executed on a range of liquid handling robots without losing its integrity.

Finally, the Synthace platform automatically generates files containing information about all samples and liquid transfer steps, ensuring perfect experimental traceability. This enables data reproducibility and seamless protocol transfer not only between automation devices but also between labs and organizations. Data and protocols can be deposited in its secure cloud-based environment for ease of sharing.

To see the Synthace platform in action and learn how it can empower your qPCR assays, visit www.synthace.com/platform

Advice for Scientists Returning to the Lab

As lockdown restrictions begin to ease and people return to work, lab scientists will be doing the same. What should you do to prepare? 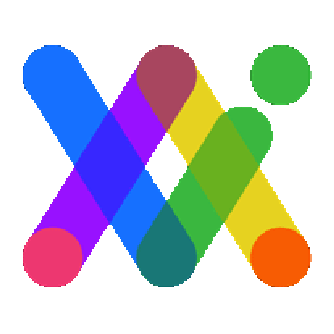 Leverage Your Lab Automation with A No-code Platform

A no-code platform that centralises all your data will ease the burden of scripting and take your lab automation to the next level.

How to Revolutionise Your R&D with Automated Liquid Handlers

Automated liquid handlers can make a huge difference to R&D efforts... but they're not that easy to get to grips with. The Synthace platform makes it easy.